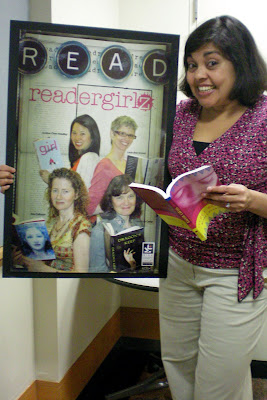 Mitali Perkins–author, blogger, readergirlz scout, and all-around wondrous woman–swung through Seattle on her book tour for SECRET KEEPER. She wasn’t able to make it to our photo shoot for the readergirlz READ poster masterminded by YA librarian Darcy Brixey of KCLS. So we made up for it this weekend. 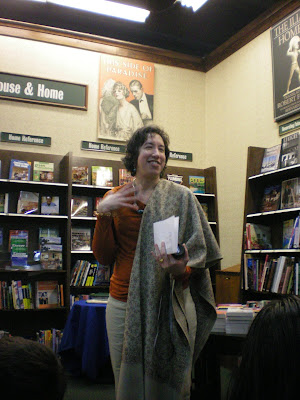 Kicking off The Day of Mitali, Brenda Gurung at Barnes & Noble greeted the standing room only crowd. 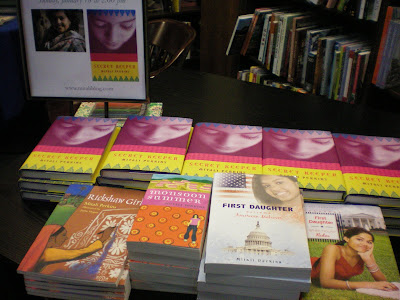 People lined up eagerly to get their hands on Mitali’s many novels. I just love the Secret Keeper cover (and I’m not-so-secretly coveting the cover model’s eyelashes.) 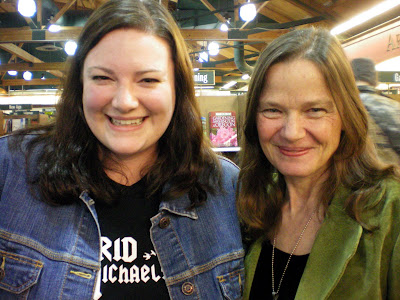 It seemed like the entire world of writers turned out to laud Mitali, including readergirlz postergirl, Jackie Parker, as well as diva emeritus, Janet Lee Carey. Is it just me or do they look like sisters of the heart? 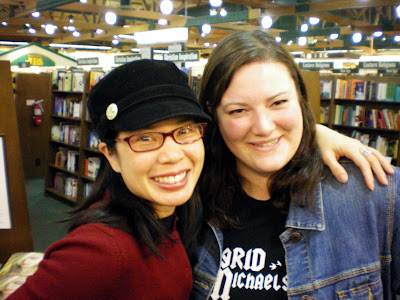 And here’s me with my Jackie girl. I’ve decided that I want Jackie to dress me and that I would follow her wherever she goes, GPS or no GPS. She is THAT smart. 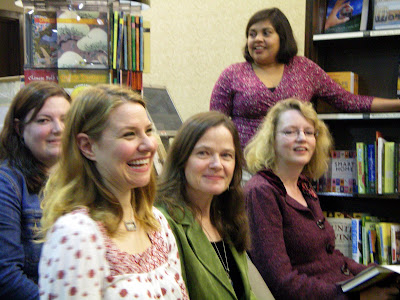 Holly Cupala–she of the talent behind the North of Beautiful invite–is giggling because we are all salivating for the Indian dessert she made in honor of Mitali.

Today I am grateful for writers like Mitali who bring so much meaning to the world.