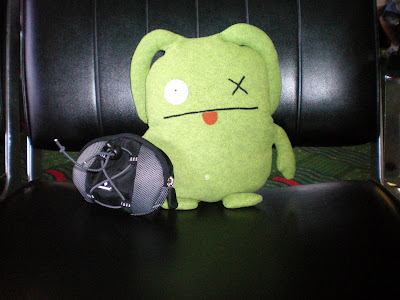 Ni hao! And so our life in China begins.
The night of our Big Move, I couldn’t sleep. So at 3:00 a.m., I just got up and cleaned the house. My parents had mentioned that they would try to come wish us goodbye. We waited and waited. No sign of them. As we pulled out of our driveway for the last time, there they were, ambling down the street. My mom looked so sad that I wondered whether we were making a mistake, leaving the country. Leaving them behind. But my husband reminded me, “They’re visiting in a few weeks.” 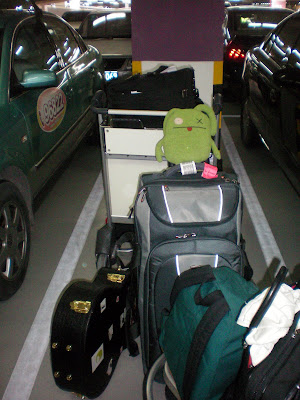 Three movies on a plane later, we arrived! (Question: was Anne Bolyn truly as conniving and cruel as the movie made her out to be? Now, I’m curious and want to read about her.) Traveling with 6 suitcases (not to mention 2 stuffed animals, 1 guitar case, 4 carry-on backpacks, and 1 loaded Kindle!) was a shock to my system. I–Ms. Traveling Light–never check luggage if I can help it. I like being unencumbered. I like walking off the plane and being directly on my way. When my husband and I moved to Australia for a year (before kids…and those are the operative words), we took one suitcase each. One. Each. That was it for the year.
We all woke up at 3:00 a.m., hungry and totally wired. As we waited for stores to open, we took a walk (already stifling in the thick, hot air) and then escaped into the air-conditioned Tourist Tunnel underneath the river. There, we hopped on a tram, narrated as part horror show (weird heh-heh-heh laughter) and Disney. 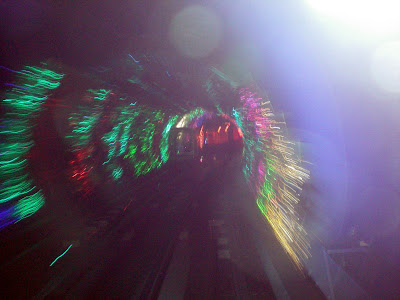 Foraging for food was a good reminder that we were in a different country. Here, luckily, everything was translated into English. What I liked was ordering our meal via placemat. We just circled whatever we wanted. 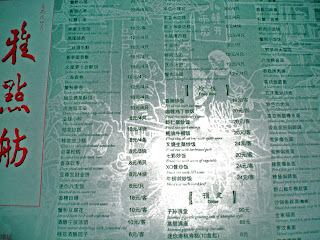 Then it was on to the first store to get basics for our new home: towels, sheets…mooncakes. The mid-autumn festival (celebrating the full, fat moon and family) is in a few weeks, and already the mooncakes are out in stores. Even ones selling linens! This is the fanciest box I’ve seen: 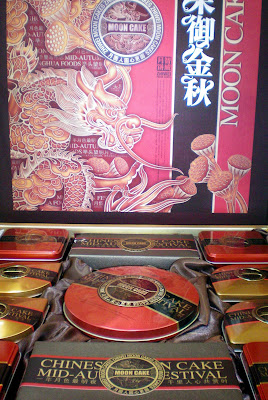 Picking what we wanted was easy. A half-dozen salesladies fluttered around us. Paying for what we needed took a bit of time. Cash registers aren’t at the front of the store. Instead, we finally spotted a cashier, located in the perimeter, in front of the changing room. Two people cut right in front of me. And that’s when the “exciting” and “surreal” concept of moving to a foreign country became reality. Finally, I tried out my feeble Mandarin when a third person squeezed in front of my cart: “Bu!” Which communicated effectively enough: the line is behind us. 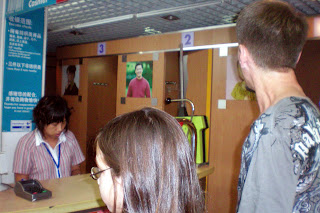 Off to Beijing tomorrow for the Olympics!